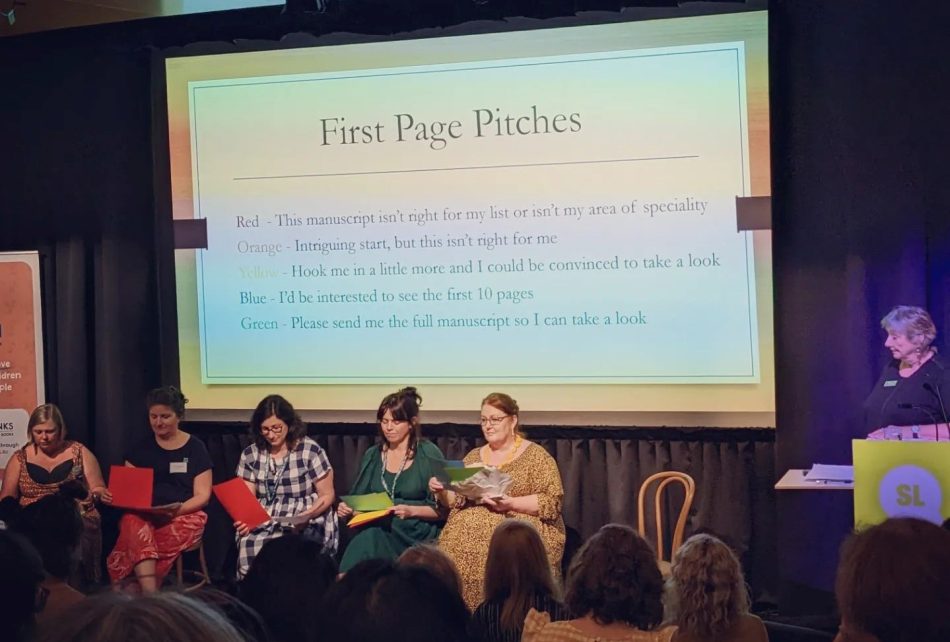 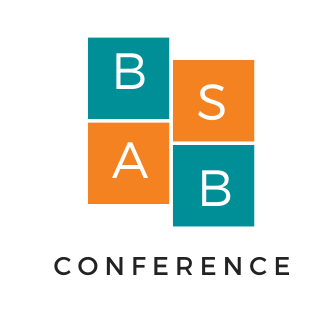 It’s the last session of Saturday’s StoryArts conference and there’s a buzz in the air that has nothing to do with the oncoming thunderstorm outside.

Never in a publishing industry do you get an opportunity to have instant feedback from five editors and agents at once, and that is exactly what we are about to witness. The judges are an impressive line-up of Alex Adsett (Literary agent), Susannah Chambers (Allen & Unwin, Albert Street Books), Marisa Pintado (Hardie Grant), Clair Hume (UQP) and Rowena Beresford (Riveted Press/Yellow Brick Books), some of which are never even spotted in the wild outside conferences like these. They sit in a row facing the audience, and each shuffle through a set of bold-coloured A4 papers they’ve just been handed. Above them, the projector shows a key to these colours, ranging from red to green, with various stages of maybe in between. 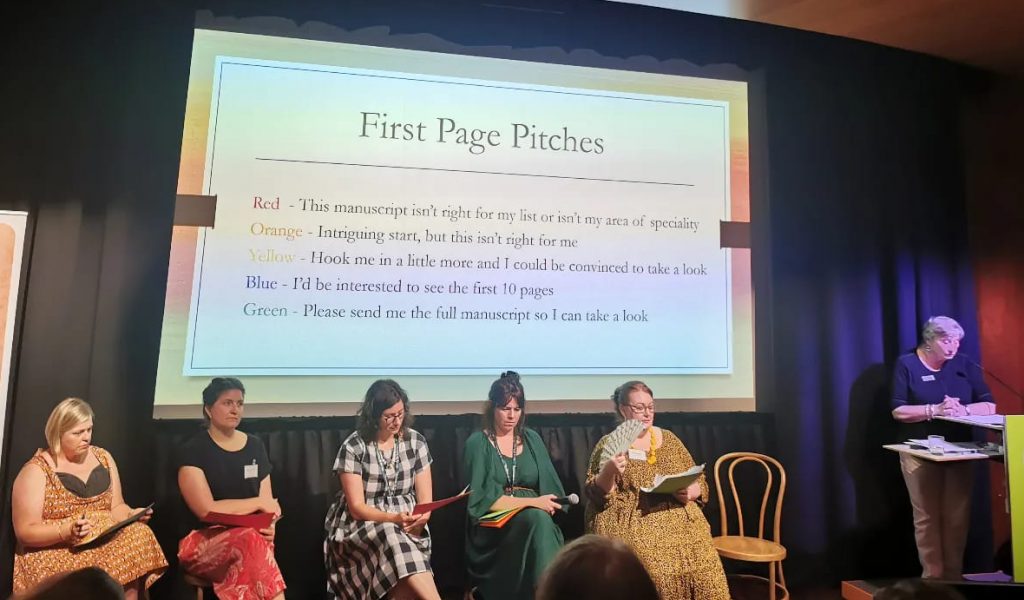 Our narrator-auctioneer Mia Macrossan steps up to the platform with a wad of anonymous manuscripts ready to be bared to the Dragons’ Den of the publishing world.

And these are the rules of the game: Mia will read the first segment of each manuscript in the order they were submitted in advance. (Here I cross my fingers that I submitted mine early enough to be squeezed in) Each judge will hold up a colour-coded card that paraphrasingly speaks these volumes:

Orange: Intriguing start but not enough

Green: You’ve got me! I’ll read the whole thing

Mia beings, in her well-practised enunciated voice, reading aloud a witty story about a kid and their very serious neighbour. The judges sit poised, cards still, like poker players in waiting, until Mia stops, having reached the end of the excerpt. It feels so sudden. So little to go off. But perhaps this is Malcolm Gladwell’s Slice theory in action because cards are being shuffled and colours are being raised and judges are commenting with conviction.

Then just like a day at the auctioneer house, the next manuscript is up and out aloud in the room. Again, attentive listening followed by cards raised like flags, the microphone being passed around as we hear a comment from a different editor each time. I find I have absolutely no radar when it comes to what I think they’ll like. A few intriguingly-written openings get hardly any interest, yet other ones I would have never guessed raise a sea of blues and greens.  This is fascinating – watching the unfolding of split-second decision-making from such gatekeepers to our life dreams. 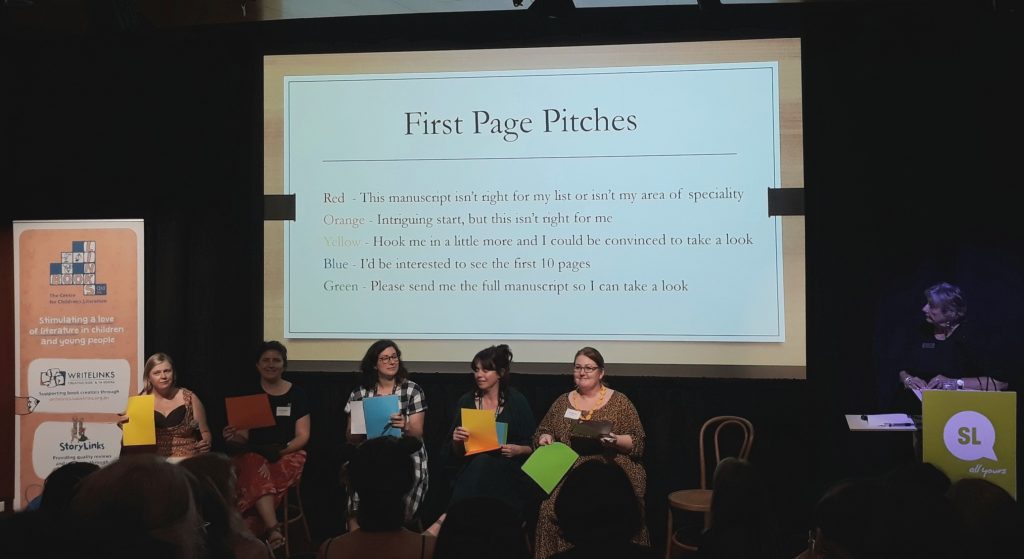 We get to half-time and I am still hoping upon hope that my own story gets a chance at this wonderful flashfire judgement. It’s been a fabulous mix of picture books, middle grade, YA, and in all sorts of self-labelled categories, like Humourous Anthropomorphic for a tale of suspicious friendship between prey and predator, to Climate Fiction for a story featuring the smell of cooked bird.

And then I hear it – my story’s title. The quickening of my heartbeat makes no sense in this complete anonymity. But I still hang breathless on the judges’ reactions as my words are read aloud. Oh no – I can’t make out what coloured card the editor who is commenting on it is holding up. But wait – I spy some blue in there. It’s a lead!

I exhale. Smile. Realise I’ve already missed the title of the one after. I make an attempt to plug back into the river of story starters and keep enjoying the ride. We’ve reached the end of the submitted manuscripts. Everyone who hoped for a chance in the anonymous Dragon’s Den did indeed get it.

Our trusty StoryArts pilots let us know that if our manuscript was given a green or blue, we’ll be able to send it to that editor, or in very lucky cases, editors.

We break in time for the rain to start, an echoing release to the anticipation of the afternoon. And to think – a whole other day of these opportunities tomorrow.

It’s not often you get to hear such immediate feedback from so many publishing gatekeepers at once – a Rare Pokemon sighting indeed. I certainly hope this will be a repeat segment of future StoryArts conferences, come rain, hail, shine or thunderstorm.

Find out more about Jennifer at her website www.jenniferhorn.com.au .