Mum went out with her writers group friends again. Not to the State Library this time. They went to the ‘Big Lit Quiz’, at the Moreton Bay College library. I would have gone too, I’m good at quizzes, but I do horse-riding on Saturdays. 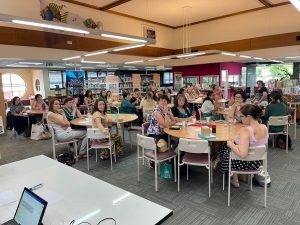 Mum said all the questions were about children’s books and authors and stuff. I would’ve nailed that. But no offense to Mum, I’d rather canter through a paddock than spend Saturday afternoon in any kind of school. My cousin Georgie goes to Moreton Bay. She loves it, but it’s not my style. They have to wear a maroon uniform. Ugh. It’s like red and brown got married and had an ugly baby. No way would I wear that.

Anyway, Mum said their library was awesome. They had a million books and artwork to the ceiling. Big round windows, too. All her friends from writers group were there. And a heap of teachers, librarians and even some real-life authors. I mean, people who have written actual books. Mum doesn’t have a book published yet, but she still makes up stories anyway.

Mum said the quiz questions were about books with elephants, name the author and which fantasy portal leads to which world. The team who got the best score each round, got to pick a free book. Seriously, a whole table full of free books. Mum wanted to pick “His name was Walter” by Emily Rodda, but her friend Jacqui got in first. Bummer. 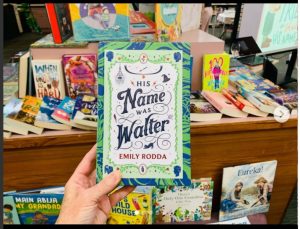 Some of the book prizes that were on offer, photo by Jacqui Halpin

They also played some games where you guess heads or tails. A whole room full of grownup bookish-people were beaten by a little girl. Nice one! I bet she picked the best book on the whole table. 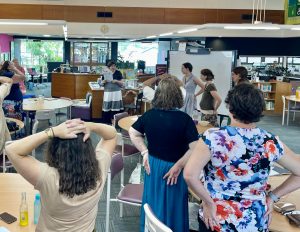 There was also a table of food. Fancy wraps, sandwiches and fruit. I would have preferred party-pies and cheerios, but I guess adults don’t eat that sort of stuff at quizzes. Plus, there’s probably a law against using tomato sauce in a library. 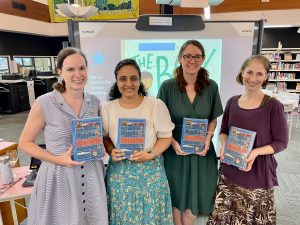 Mum picked me up on the way home. Lucky she won a box of chocolates, coz I was starving. She said her team was called “And then she woke up and it was all a dream”. Turns out her team won the whole competition! Mostly because Mum’s friends Anna, Ali and Sandhya know all about authors and elephants—plus her friend Sandhya was literally the answer to one of the questions! Mum got some of the portal questions right though, so she wasn’t just there for the free books.

Mum said BookLinks, StoryLinks and WriteLinks all did an amazing job in making it such a fun afternoon. Aside from the chocolates, she also won four brand new books. And as soon as she’s finished reading them, I get to keep them!

I told Mum she should definitely go to “The Big Lit Quiz” again next year. With the same friends. On the same team. But next time… be quicker than Jacqui. 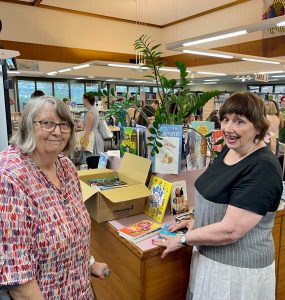 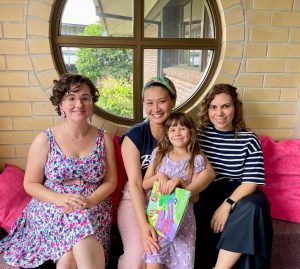 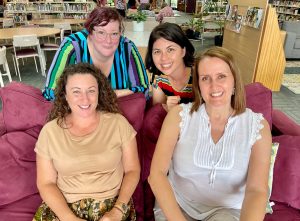 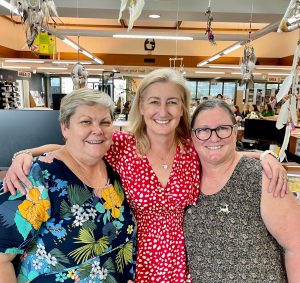 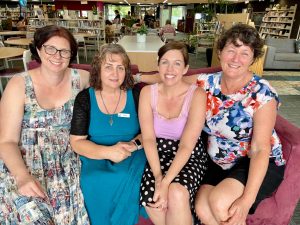 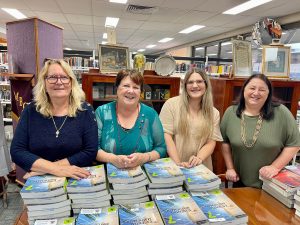 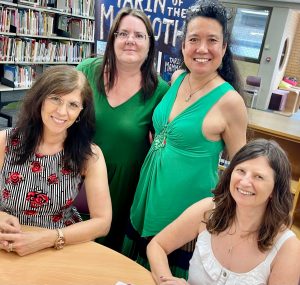 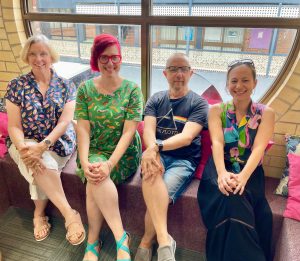